Villanova University is a historic, private university located at the center of the beautiful Philadelphia Main Line. They have a decorated athletics history, including three National Championships for their men’s basketball team since 1985.

In 2013, they needed to refurbish the weight rooms in their fitness facility, Davis Center. At that time, Villanova men’s basketball had returned to prominence under coach Jay Wright. Despite making the Final Four in 2009, Villanova had still not won a National Championship since 1985 – and they knew they needed to upgrade their workout areas to take the next step. 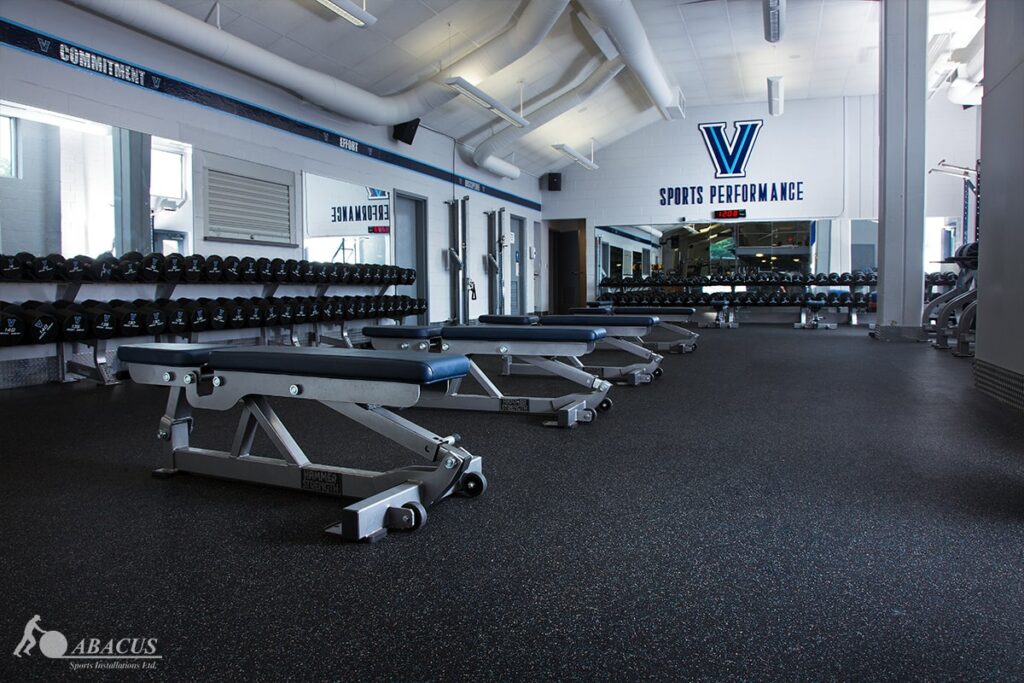 Villanova enlisted Abacus to install their new weight room floors. We installed Regupol’s AktivPro Roll and inlaid crash platforms (new technology at the time). The floor itself boasts ‘Nova’s colors, and we installed their iconic “V” logo on each crash platform.

In terms of performance, the results speak for themselves. Since our floors were finished, Villanova men’s basketball won two NCAA titles in 2016 and 2018. They still utilize these floors today and we’re proud to have become a part of Villanova’s storied history.